“Only When You Consider Your Failure to be Final, Are You Finally a Failure!” (Dr.SYS)

“At some point you have to make a transition from believer of the dream, to buyer of the dream. No dream comes true without somebody paying for it. And part of the price you will have to pay is learning from the mistakes you make. You can attend every success seminar, read every success manual and follow every success mentor, but the price must always be paid in messes and mistakes. There isn’t a single person in the world who has achieved anything without paying a price for it. Some pay with their lives or their freedom. Others pay by giving up options or finances or relationships. But one way or another, everybody pays!” (Dr. John Maxwell)

“Failure is not falling down, but refusing to get up.” (Chinese Proverb)

“Failure is good as long as it doesn’t become a habit.” (Michael Eisner)

“Courage allows the successful woman to fail and learn powerful lessons, from the failure. So that in the end, she didn’t fail at all.” (Dr. Maya Angelou)

“Failure is not opposite of Success, it’s part of Success.” (Pinterest)

“In order to succeed you must fail, so that you know what NOT to do the next time.” (Anthony D’Angelo)

“I’ve missed more than 9,000 shots in my career. I’ve lost almost 300 games. 26 times I’ve been trusted to take the game winning shot and missed. I’ve failed over and over and over again, that is why I succeed.” (Michael Jordan)

“Success is not final, failure is not fatal: it is the courage to continue that counts.” (Winston Churchill)

“There is no failure except giving up.” (Becka Schoettle)

“Embrace failure. Missteps and roadblocks are inevitable, but are ultimately an opportunity to learn, pivot, and go after your goals with new perspective.” (Jenny Fleiss)

“Many of life’s failures are people who did not realize how close they were to success when they gave up.” (Thomas A. Edison)

“Failure is an event, not a person. Yesterday ended last night.” (Zig Ziglar)

“Doubt kills more dreams than failure ever will.” (Pinterest)

“Failure is another stepping stone to greatness.” (Oprah Winfrey)

“Failure will never overtake me if my determination to succeed is strong enough.” (Og Mandino)

“Failure is the Tuition you Pay to Earn Success.” (Walter Brunell)

“Failure is the condiment that gives success its flavor.” (Truman Capote)

“Those who have failed miserably are often the first ones to see God’s formula for success.” (Erwin Lutzer)

“She was unstoppable. Not because she did not have failures or doubts. But because she continued on despite them.” (Beau Taplin)

“We have forty million reasons for failure, but not a single excuse.” (Rudyard Kipling)

“Failure is nature’s plan to prepare you for great responsibilities.” (Napoleon Hill)

“It is not failure itself that holds you back; it is the fear of failure that paralyzes you.” (Brian Tracy)

“You will always pass failure on your way to success.” (Pinterest)

“Failure is Success if we learn from it.” (Malcolm Forbes)

“Don’t be afraid to fail. Don’t waste energy trying to cover up failure. Learn from your failures and go on to the next challenge. It’s OK to fail. If you’re not failing, you’re not growing.” (H. Stanley Judd)

“Failure should be our teacher, not our undertaker. Failure is delay, not defeat. It is a temporary detour, not a dead-end.” (Denis Waitley)

“Success is going from failure to failure without a loss of enthusiasm.” (Winston Churchill)

“In order to succeed, your desire for success should be greater than your fear of failure.” (Bill Cosby)

“After my spectacular failures, I could not be satisfied with an ordinary success.” (Mason Cooley)

“Do not judge me by my successes, judge me by how many times I fell down and got back up again.” (Nelson Mandela)

“Failure is a great teacher, and if you are open to it, every mistake has a lesson to offer.” (Oprah) 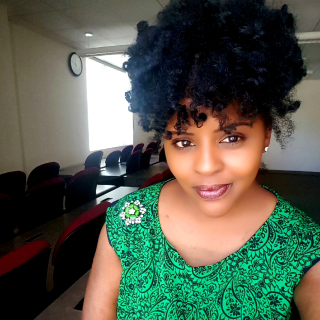